Less than 30 years ago, scientists discovered the link between CBD and the endocannabinoid system. Since then, there has been increasing optimism regarding the potential therapeutic benefits CBD. A number of studies have since been conducted that seem to confirm CBD’s therapeutic properties. Moreover, anecdotal evidence from people who use CBD is also quite positive. To understand why this is, let’s take a closer look at the EC System and its effect on the body.

What is the Endocannabinoid System?

Cannabinoid receptors were first discovered in mammalian brains in 1988 by two scientists, Allyn Howlett and William Devane while working on a government-funded study at the St. Louis University School of Medicine. By 1990, Lisa Matsuda’s team at the National Institute of Mental Health had mapped the cannabinoid receptor’s DNA sequence. The team was also able to clone the design.

The discovery of cannabinoids led to the discovery of a number of endocannabinoids, or cannabinoids produced inside of the body. Lumir Hanus and William Devane discovered the first one, anandamide, at the Hebrew University in Jerusalem in 1992. Anandamide is also called the “bliss molecule” due to its mood-elevating effect on the brain. 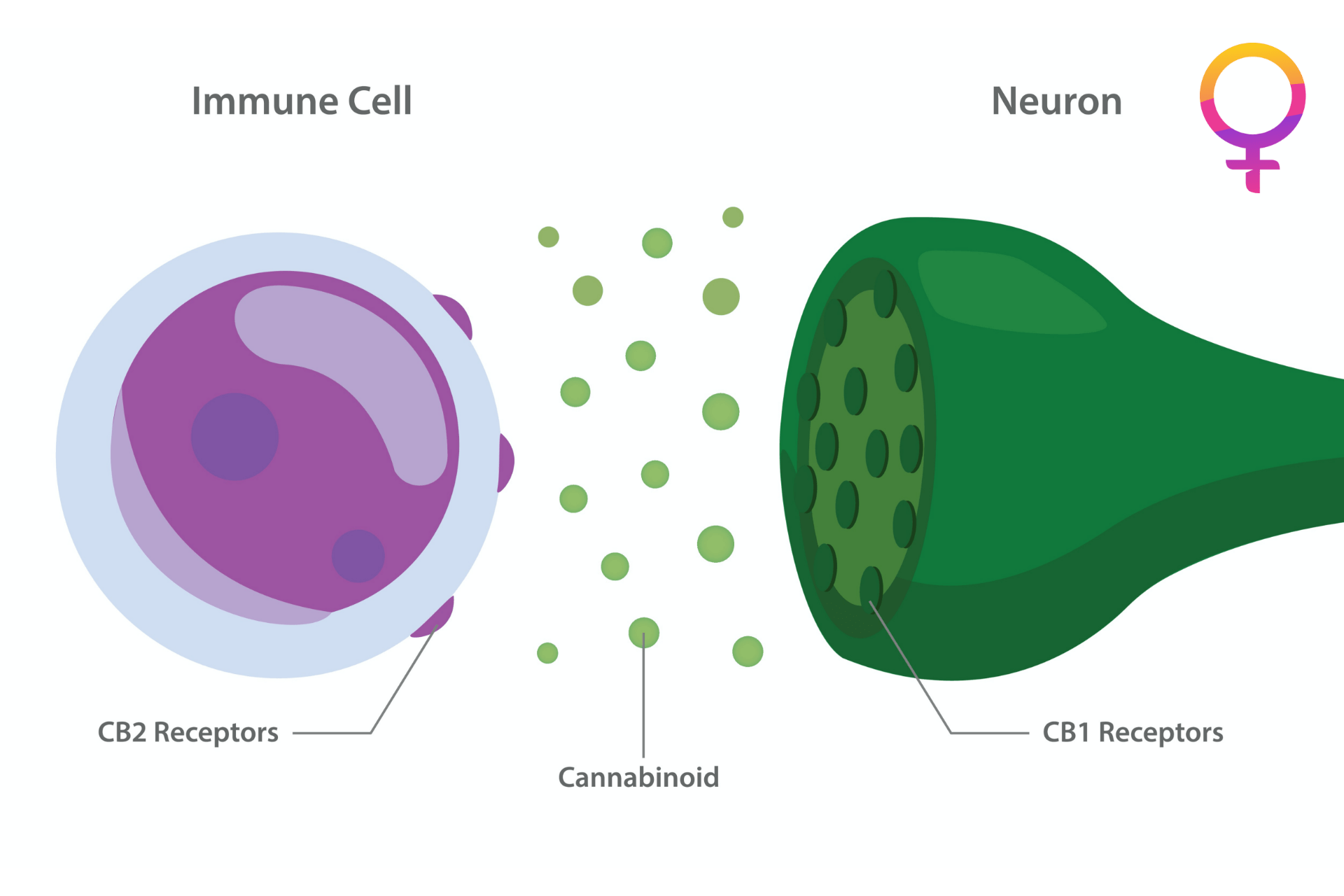 CBD’s Interaction with the Endocannabinoid System

CBD’s unique interaction with the Endocannabinoid System may explain why it exerts such profound therapeutic potential. Rather than interacting directly with cannabinoid receptors, it hangs on the outside ensuring that everyone (or rather, every cannabinoid) gets where it needs to go. In other words: CBD is like the Hall Monitor, and it’s definitely winning Student of the Year.

The Therapeutic Potential of CBD

Subsequent research has confirmed that there is, indeed, a link between these seemingly unrelated conditions and the EC System though it’s difficult to prove that link conclusively due to a lack of research thanks to CBD’s shoddy legal status. Fortunately, much of that is changing as the Farm Bill and America’s stance on CBD evolves. Based on what we know now, though, the future of cannabidiol and CBD research looks promising.

The endocannabinoid system is a powerful machine. Covering almost every inch of the body, endocannabinoid receptors affect our mood, pain perception, digestion, and base instincts like hunger and sleep. When our endocannabinoid system malfunctions, external cannabinoids like CBD can help kick it back into gear. Indeed, CBD and its unique interaction with the EC system possesses therapeutic potential we’ve only begun to understand.

Contact us to learn more about hemp-based CBD and what you can do to grow along with this amazing hemp plant component.

Do you have experience using CBD therapeutically? We’d love to learn about your experience.

END_OF_DOCUMENT_TOKEN_TO_BE_REPLACED

How To Plant Hemp Seeds in Spring

Spring is the best time to get your hemp farm started. Check out our top tips on how to plant seeds in spring and get started on the right foot.

END_OF_DOCUMENT_TOKEN_TO_BE_REPLACED

One thought on “The Endocannabinoid System & CBD’s Unique Interaction”