Since the passing of the 2018 Farm Bill, CBD from hemp is now federally legal. This is a huge opportunity for farmers looking to increase their revenue without expanding their land. Of course, because CBD comes from cannabis (in this case, hemp) flowers only, the best way to increase revenue is by growing female-only (a.k.a. feminized) hemp seeds.

Pollen is the cannabis male plant’s reproductive mechanism. When mature, male hemp plants release pollen in search of a female recipient. When pollinated, female hemp plants produce seeds causing them to focus their energy on creating the next generation of hemp plants instead of the valuable hemp flowers most CBD hemp farmers seek. Pollinated females produce considerably lower cannabinoid levels as they turn their effort toward seed production in place of potent CBD flowers.

At first glance, feminized hemp seeds may seem like a steep price to pay compared to “regular” hemp seeds, but we assure you, female hemp seeds return (ROI) is well worth it. First, growing female-only hemp seeds means there is no risk of male hemp plants pollinating females (unless a careless neighbor grows male hemp plants close to a female crop). A strictly female hemp crop means that every plant grown will produce potent CBD flowers and no seeds.

Furthermore, growing feminized hemp seeds reduces the processing time by omitting the need to de-seed the plants. The entire flower can be cured and sold as-is or sent to an extraction facility for further refinement. Aside from large plant stalks, the whole plant is eligible for top-of-the-market pricing with no biomass lost due to seed removal.

Essentially, when you grow female hemp seeds, your effort will be smaller, but your return will be higher. 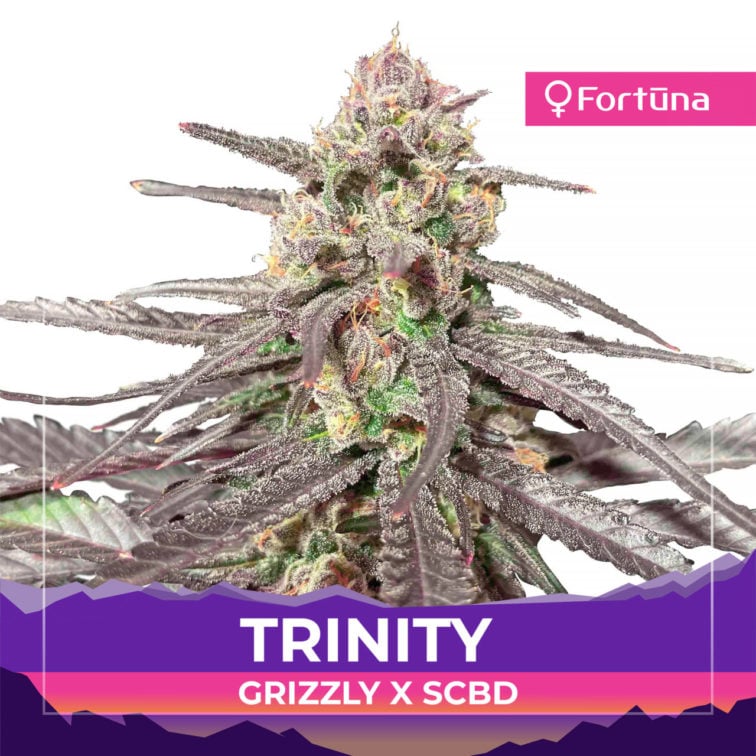 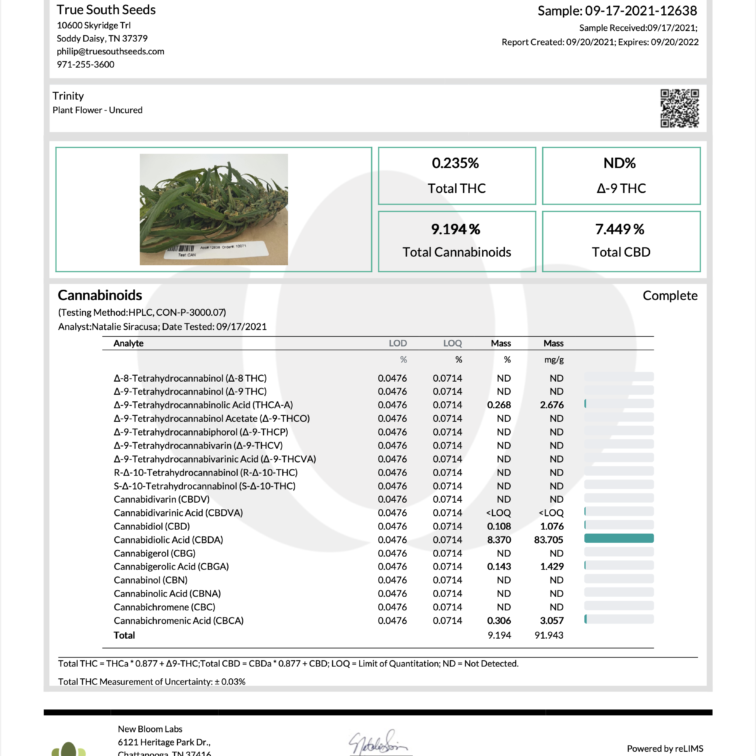 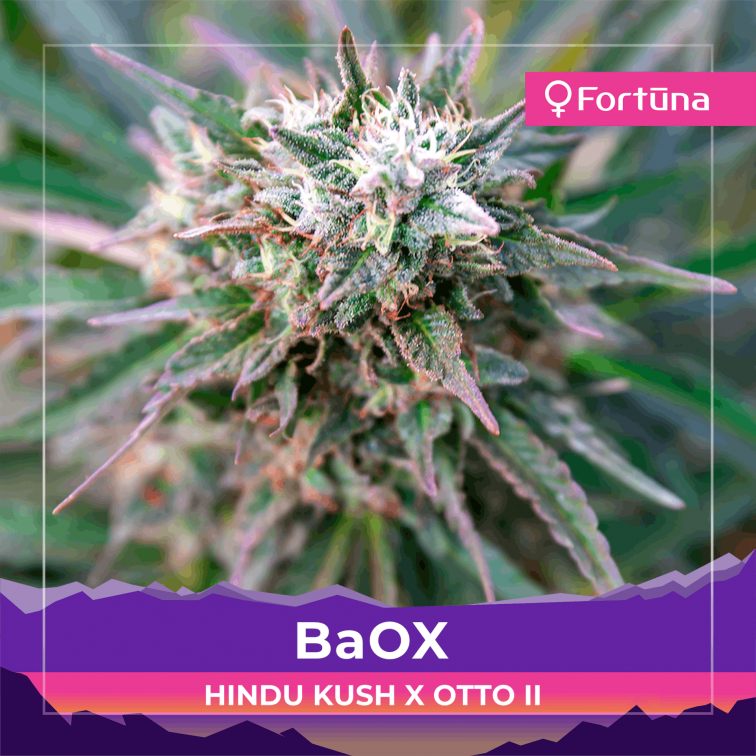 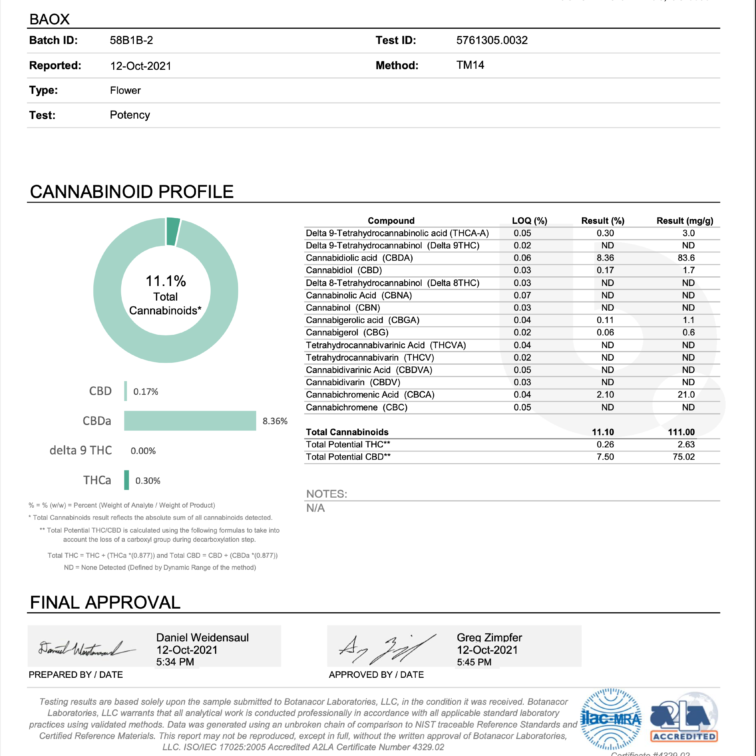 Rated 4.43 out of 5
$0.35
BaOX is a popular hemp strain with lineage direct from the Hindu Kush mountain range. As such, this potent strain leans heavily indica, as evident in her growing patterns and heavy dusting of cannabinoid-rich trichomes. BaOX hemp seeds grow to produce massive colas with a kaleidoscope of deep green and purple colors. Her perfume is rich, filled with sweet pine musk and her flavor is reminiscent of incense and herbs.
Add to wishlist
Add to cart
Quick view 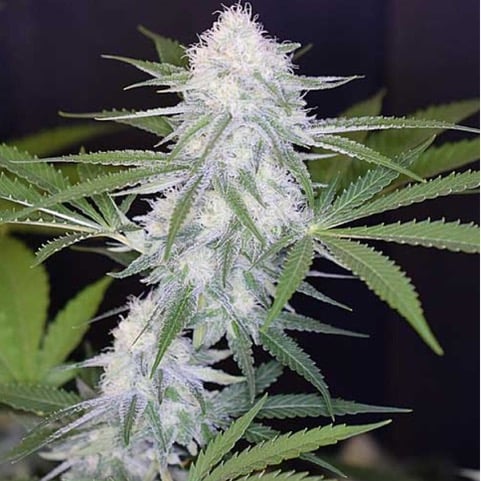 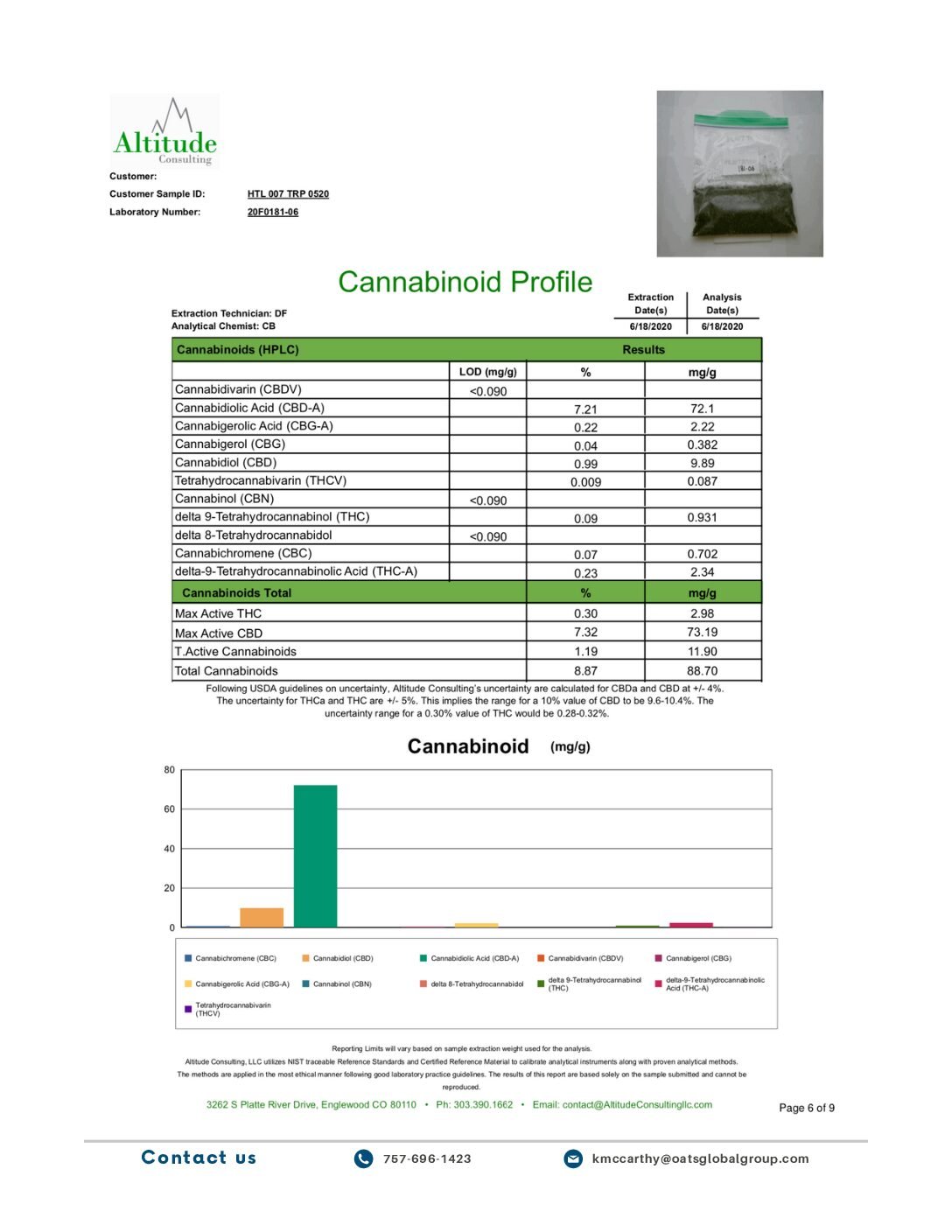 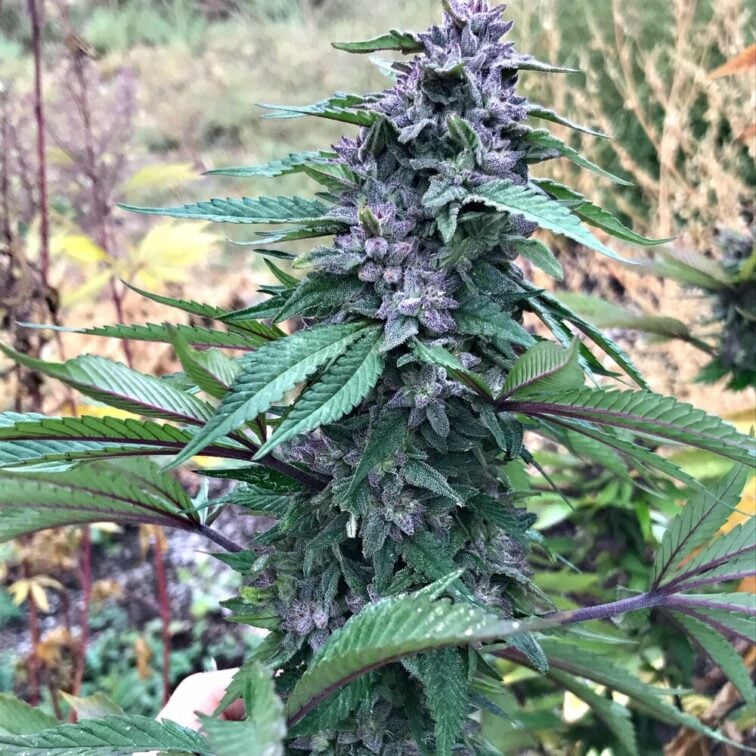 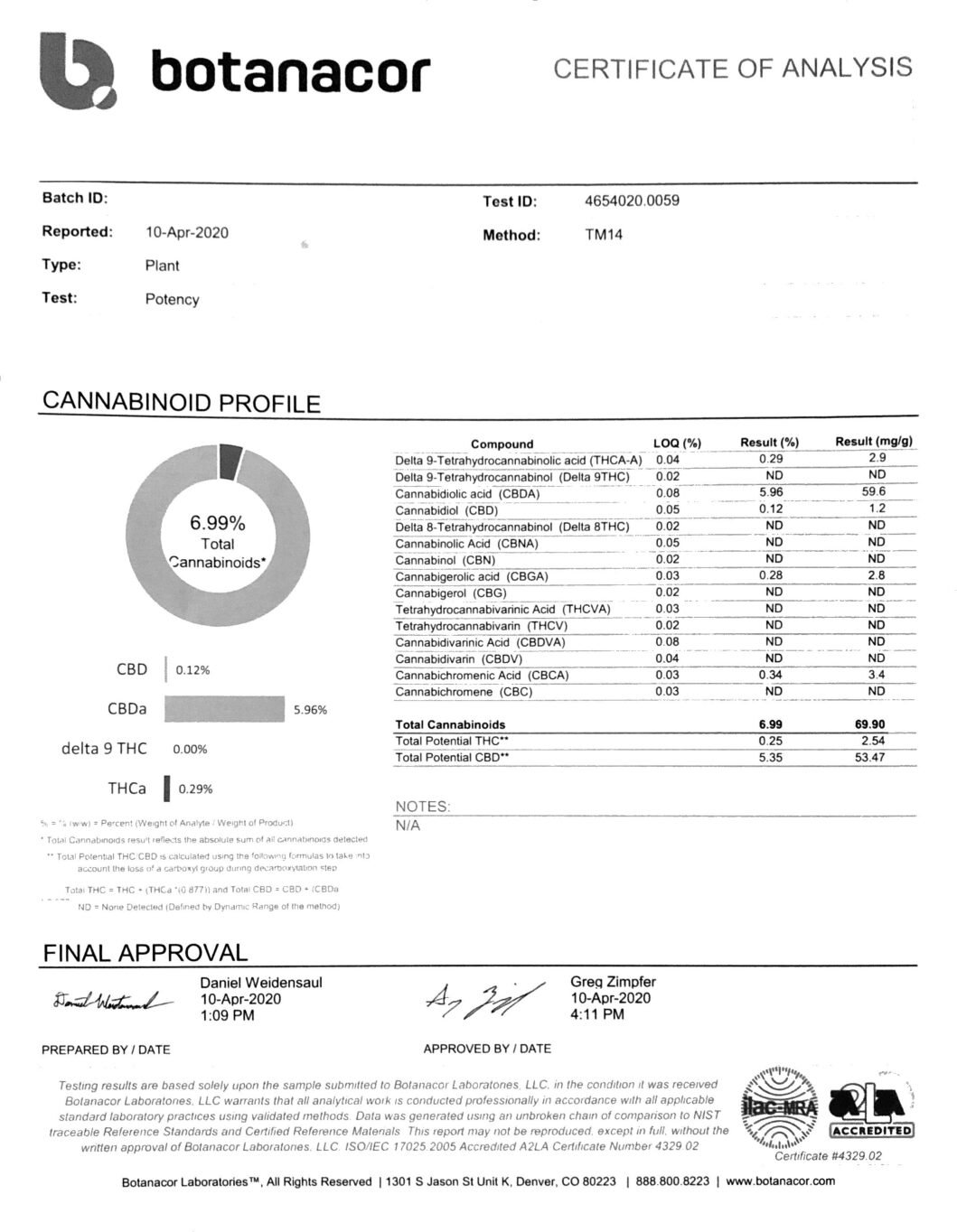 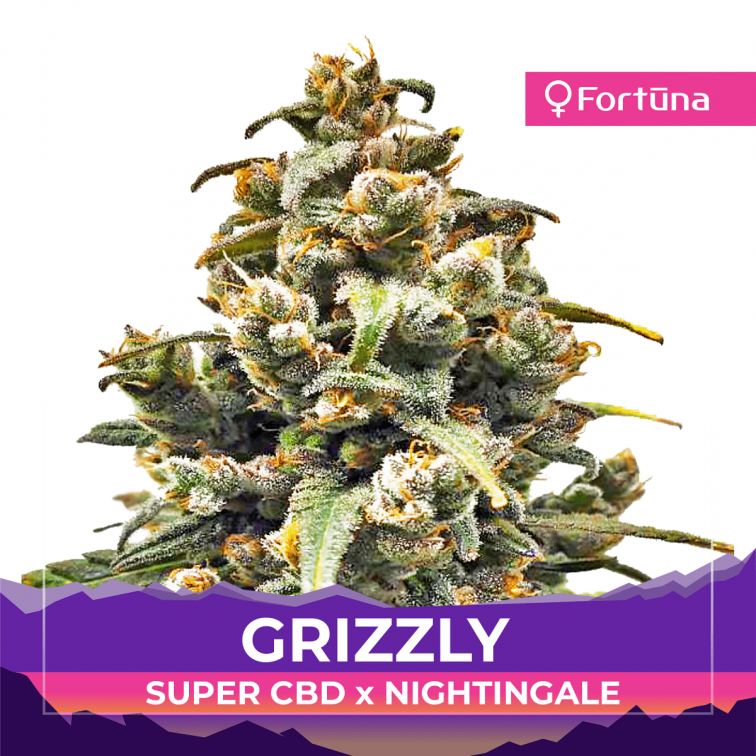 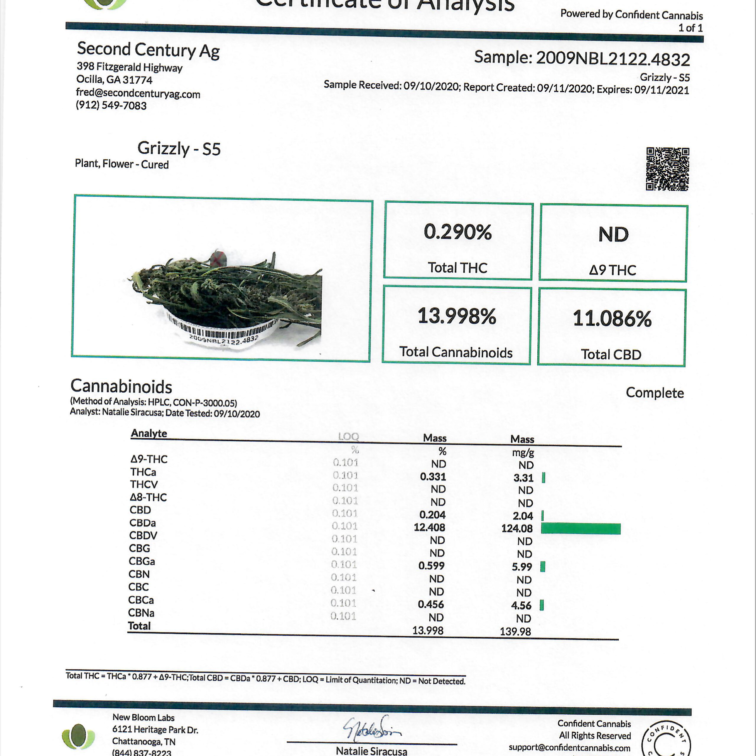 Rated 4.93 out of 5
$0.30
Grizzly is a potent and aromatic feminized hemp cultivar that reliably produces high-quality smokable hemp flowers. This Sativa-dominant strain is a hybrid of Super CBD and Nightingale.
Add to wishlist
Add to cart
Quick view 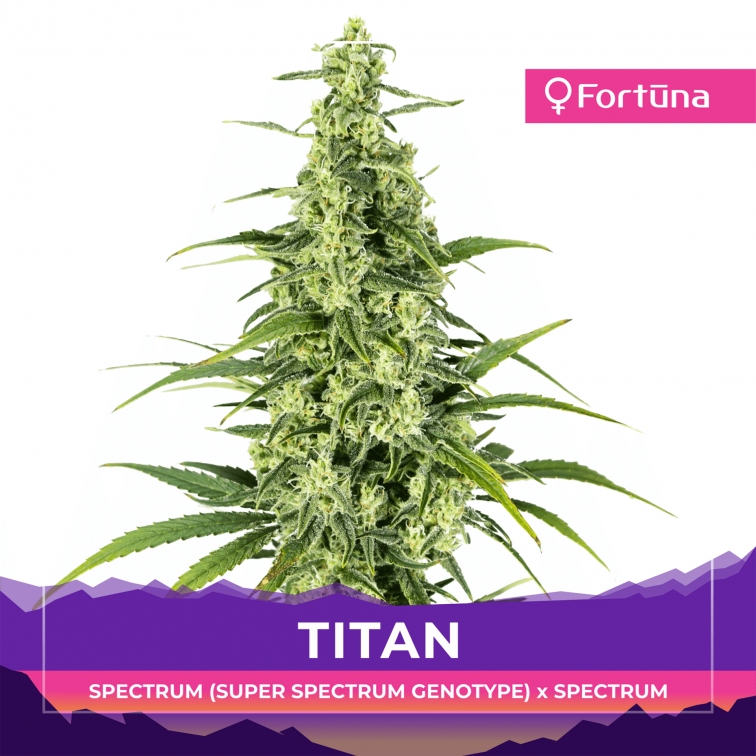 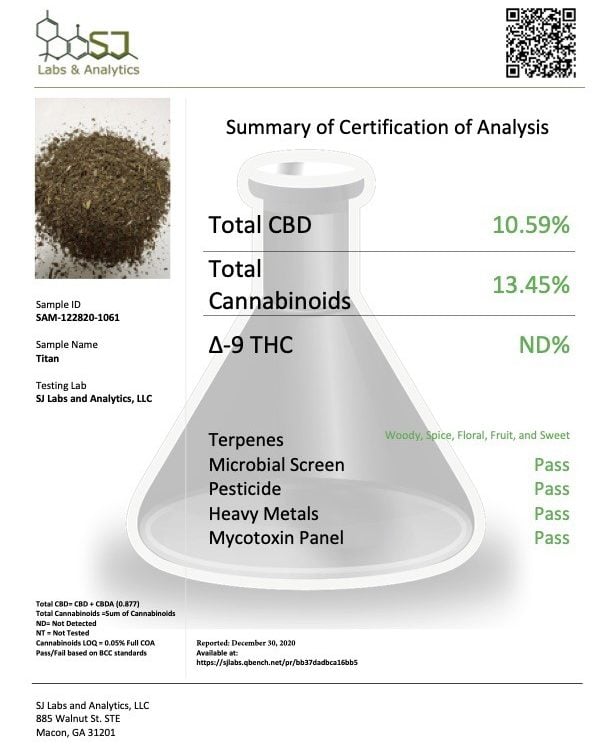 Rated 4.67 out of 5
$0.30
Titan is a hemp strain with mighty in-bred lineage. Crossing two types of the Spectrum hemp strain leads to a resilient plant that can thrive in almost any condition. Titan hemp seeds are perfect for businesses that earn their keep with extraction. Titan yields an exceptional amount of biomass.
Add to wishlist
Add to cart
Quick view 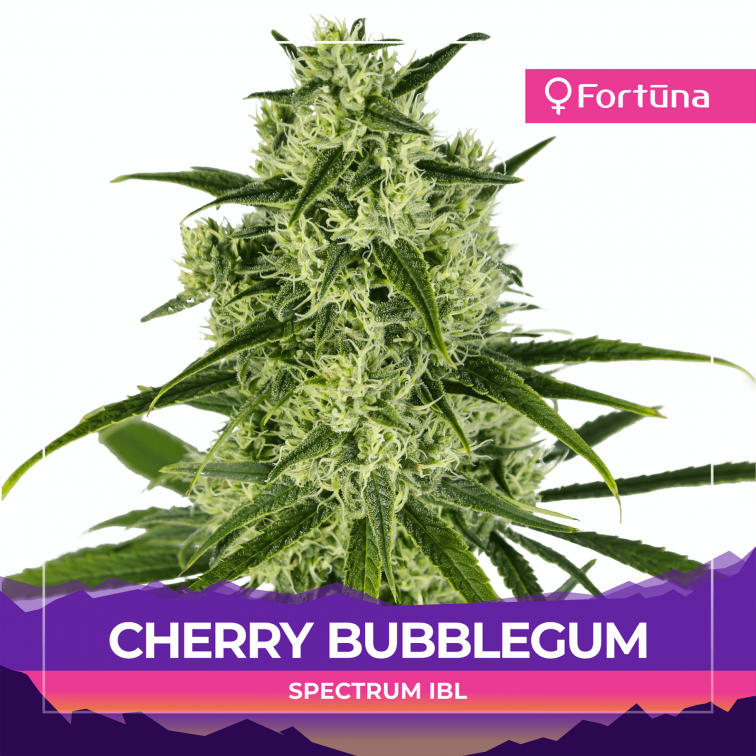 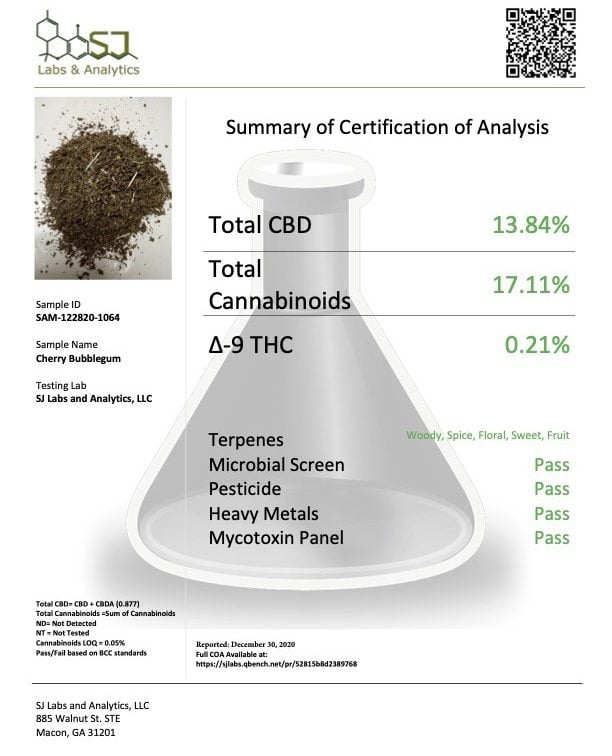 Rated 3.86 out of 5
$0.30
Cherry Bubblegum is a versatile CBD hemp strain that produces large, flavorful buds and a substantial amount of resinous trichomes. Thick colas develop throughout its long growing season, thus significantly increasing the biomass of a single harvest. Those who plant seeds early in the season will reap tremendous rewards come harvest in late September to early October.
Add to wishlist
Add to cart
Quick view 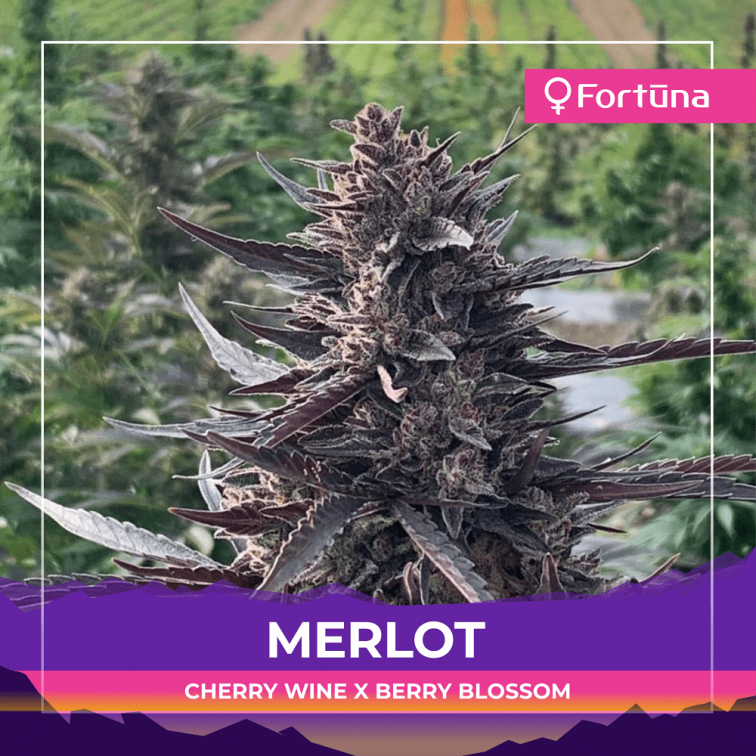 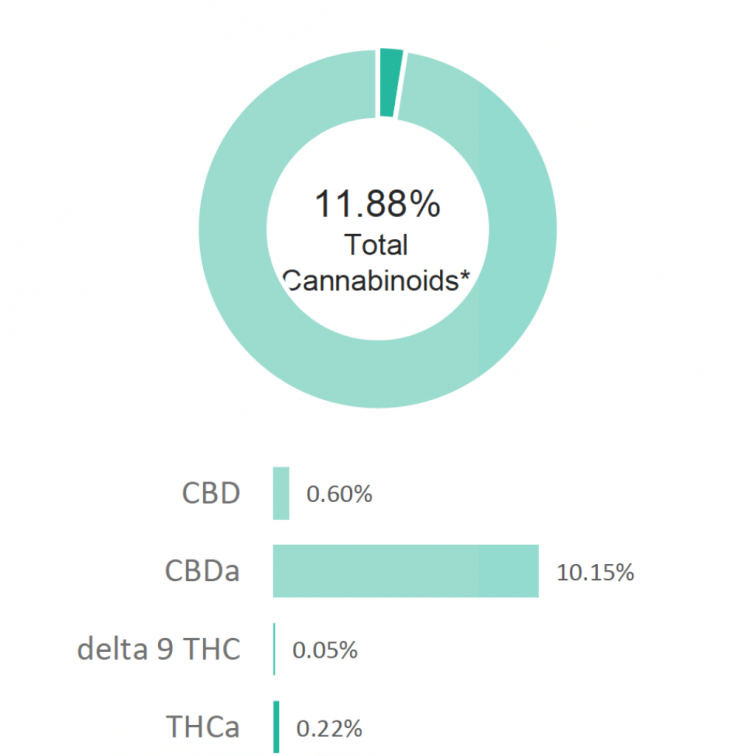 Rated 4.42 out of 5
$0.25
Merlot hemp flower is a beautiful, indica-dominant strain with moderately high CBD levels averaging at about 11 percent. Known for its smooth smoke and distinct fruity, alcohol flavor, Merlot is a popular choice among consumers who want a relaxing nightcap without any calories.
Add to wishlist
Add to cart
Quick view 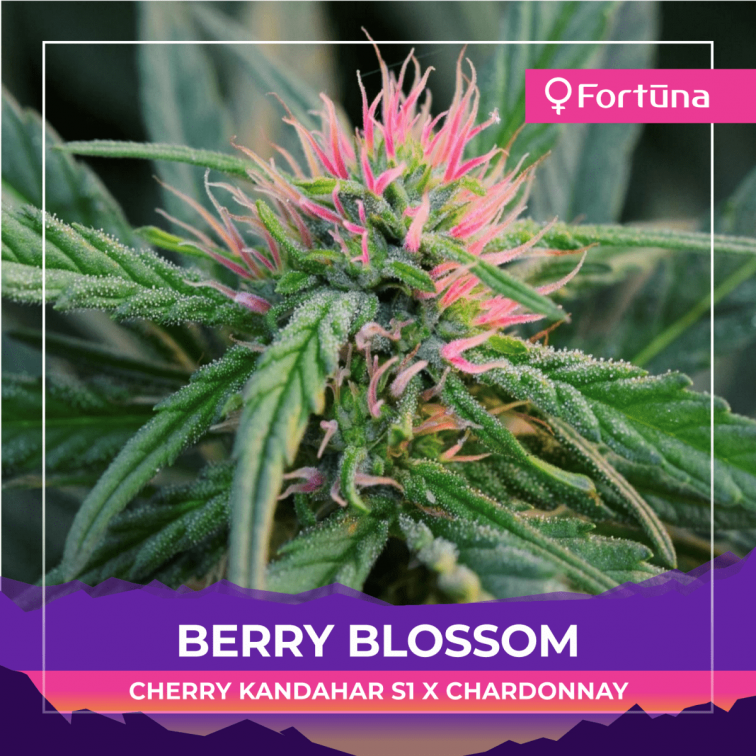 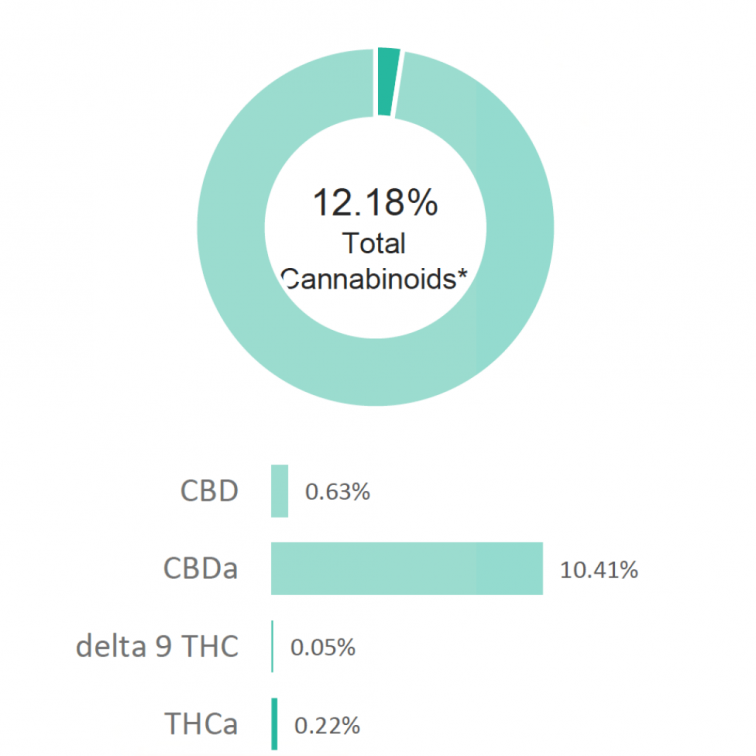 Rated 5.00 out of 5
$0.25
Berry Blossom is an easy-to-grow hemp variety with boutique-style qualities. It produces thick, terpene-rich flowers throughout its extended grow period. The bright green and pink colas radiate with a powerful perfume of fruit and berries.
Add to wishlist
Add to cart
Quick view 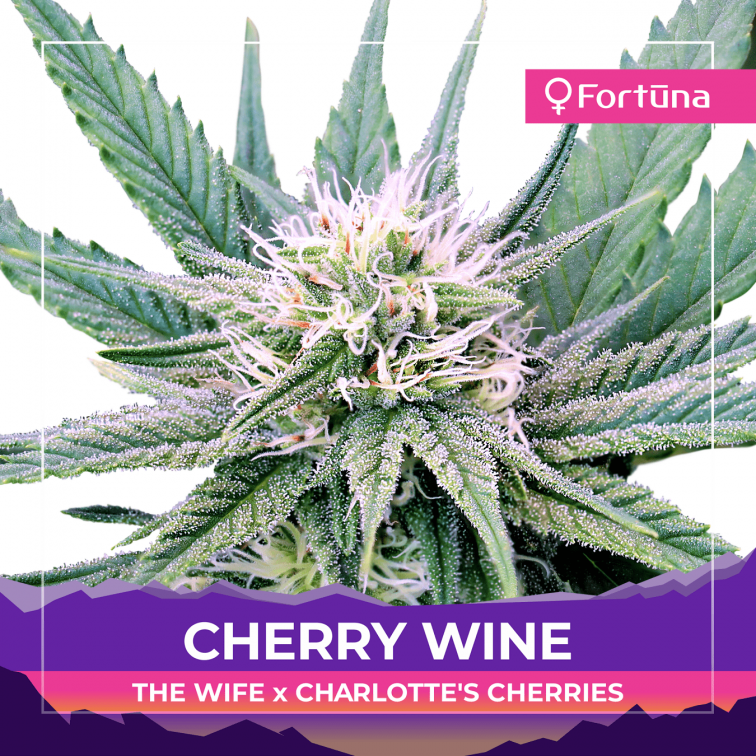 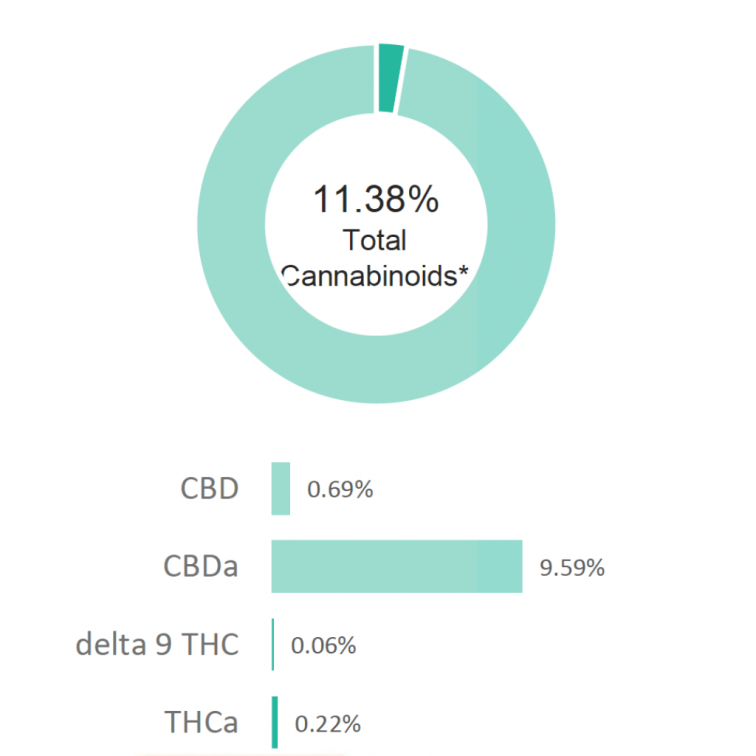 Rated 4.11 out of 5
$0.25
Cherry Wine is a careful cross between The Wife and Charlotte’s Cherries. It is a particularly sweet strain with abundant growth and resin development. It’s CBD content ranges from 15 to 20 percent and its THC levels average about .25 percent.
Add to wishlist
Add to cart
Quick view