Can Tall Hemp Save the Bees?

Tall hemp helps increase hemp farm profitability. But increased hemp height means more than increased profits. New research suggests that tall hemp plants attract more bees. And because the bee population is integral to the development of many of our favorite foods and flowers, encouraging the growth of the bee population is of benefit to all.

A recent study published by the journal, Environmental Entomology, found that hemp height had a direct correlation with bee activity in the area. Researchers noted that tall hemp that is at least two meters high is most likely to attract bee pollinators, pulling in almost 17 percent more bees than shorter plants.

They also found that the number of bees – and bee species – increased as the crop height increased. Of more than 300 bees collected in their sample, the majority (60 percent) were western honey bees. However, researchers reported as many as 16 different bee varieties during the study. 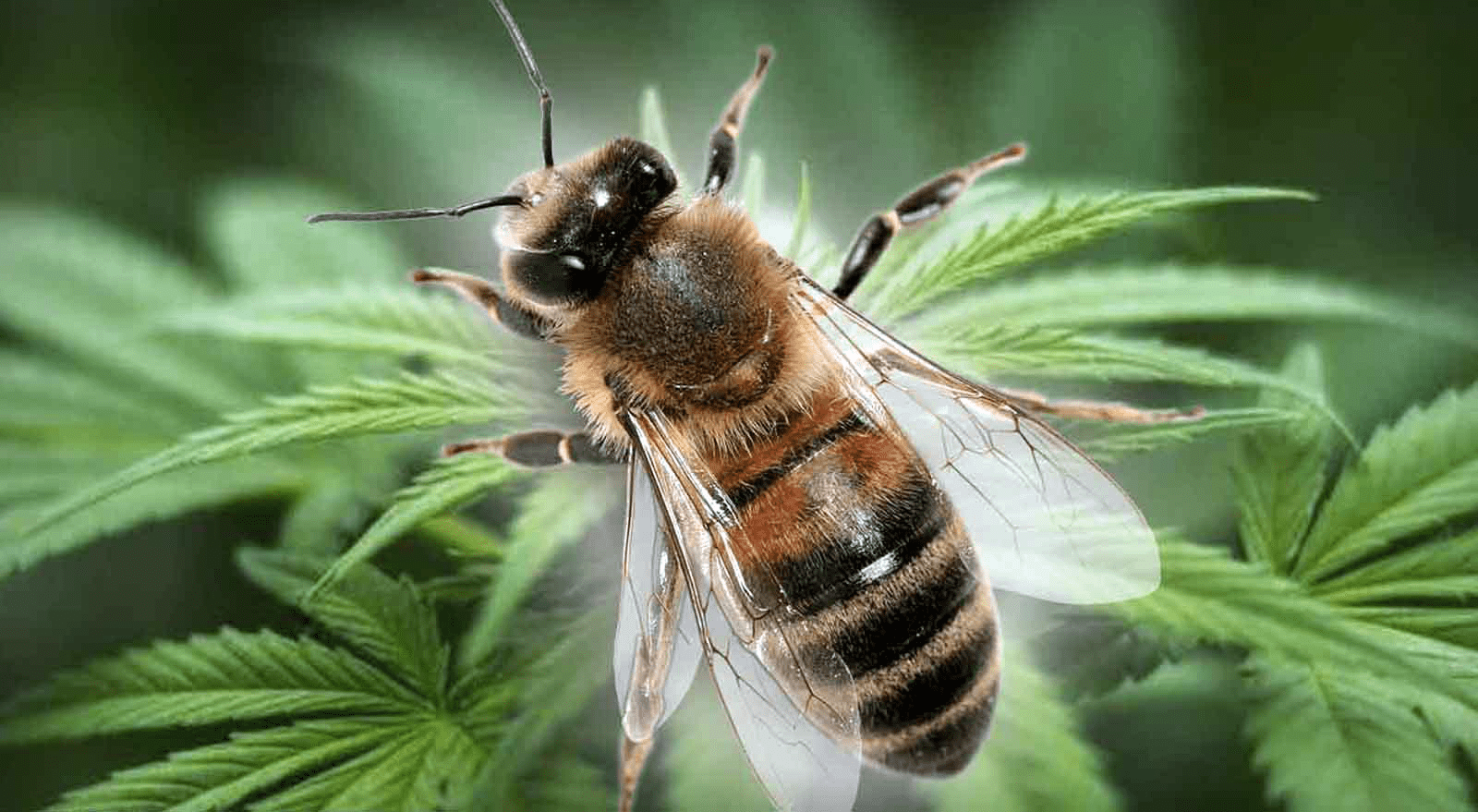 What’s more, hemp may be especially attractive to bees despite their – dare I say — underwhelming odor and appearance. Even without the bright colors and more pungent perfumes of other flowering plants, bees find great reward from a visit to their local hemp farm. Industrial hemp, in particular, produces large amounts of pollen during a time in which few other plant pollens are available. Hence, tall hemp crops can provide valuable sustenance to an otherwise dwindling population.

Additionally, access to hemp pollen helps diversify valuable phytochemicals that bees intake. In doing, bee populations may experience improved health and endurance, and increase their tolerance to pathogens. According to Colorado State University researchers, “access to crucial phytochemicals through pollen and nectar from diverse plant sources is important for improved survival and pathogen tolerance in honey bees.”

Why Feed the Bees

Bees are the world’s most important food crop pollinator. Estimates suggest that as much as one-third of the food we consume relies on honey bees to develop. Bees also lessen farmer workload, which has allowed the number of pollinating crops to triple over the last 50 years. Current estimates suggest that the global value of pollinating food crops is somewhere between $235 and $577 billion annually. Obviously, bees are incredibly valuable to both farmers and consumers, and their populations must be protected. Tall hemp can help.

Unfortunately, bee populations have declined significantly over the last 15 years. Data suggests that bee populations fell almost 40 percent between October 2018 and April 2019 – seven percentage points more than the previous year. The most immediate repercussions of the decline will likely be an increase in food cost, while long-term consequences could mean the disappearance of whole bee species and, eventually, a loss of many of our favorite fruits and vegetables. If tall hemp can help maintain bee populations, we should definitely promote widespread hemp production.

Hemp Height Differs Based on Variety

Bees love towering hemp plants, likely because those are the ones that produce the most pollen. CBD hemp grows much shorter than industrial (fiber) hemp and produces little to no pollen. In fact, most farmers actively remove pollinating cannabinoid hemp (male hemp plants) to encourage better flower production among their females.

The average height of flowering hemp plants is about four to six feet on average. This is the same average height for marijuana-type cannabis, as well. Industrial hemp, however, grows much taller. This is likely caused by the plants stretching for the sun amidst a sea of closely-planted hemp plants. Though tall hemp fiber plants grow very close together, their height can reach an astonishing 15 feet or more. Tall hemp plants can attract thousands of bees within miles. Thus tall hemp provides a valuable food source for these amazing insects. You can find tall female hemp seeds at Fortuna Hemp.

There are many reasons to start a hemp farm, helping to save the bees is just one of them. What’s your motivation for cultivating hemp?