Why Should You Add Hemp to Your Crop Rotation?

Crop rotation is a practice that has been around for centuries. Shortly after people start farming around 10,000 years ago, they realized that rotating their crops would mean better yields from their land. Interestingly, using hemp as a rotation crop has proven especially beneficial.

The Importance of Crop Rotation

Crop rotation is the process of rotating crops each season to help maintain soil nutrient levels and avoid depletion. For example, a farmer may grow one crop in the first year, a different crop in the following year and so on. Rotating the crops keeps the land fertile and increases future land yields.

Rotating crops can also help farmers control pests and diseases. Some crops are susceptible to certain pests or diseases, and by removing those crops from the land for a year those pests and diseases no longer have a home.

Hemp reconditions the land as it grows. It adds nutrients such as nitrates and potassium to the soil. Hemp’s taproots are also great for maintaining the land because their taproots can reach a depth of six feet or more! These deep taproots help loosen compacted soil and increase aeration. Additionally, deep taproots help bring nutrients closer to the surface so plants without such long roots can take advantage of those nutrients when they replace the hemp crop in the following seasons.

Phytoremediation is the term used to explain the way plant cultivation can clean contaminated soil. During the process, plants pull contaminants (as well as nutrients and water). From here, the plants either store the contaminants in their leaves and shoots or they metabolize and degrade them, thus removing them from existence altogether.  Phytoremediation is less damaging to the soil than chemical or mechanical processing and it is normally more cost-effective, as well. 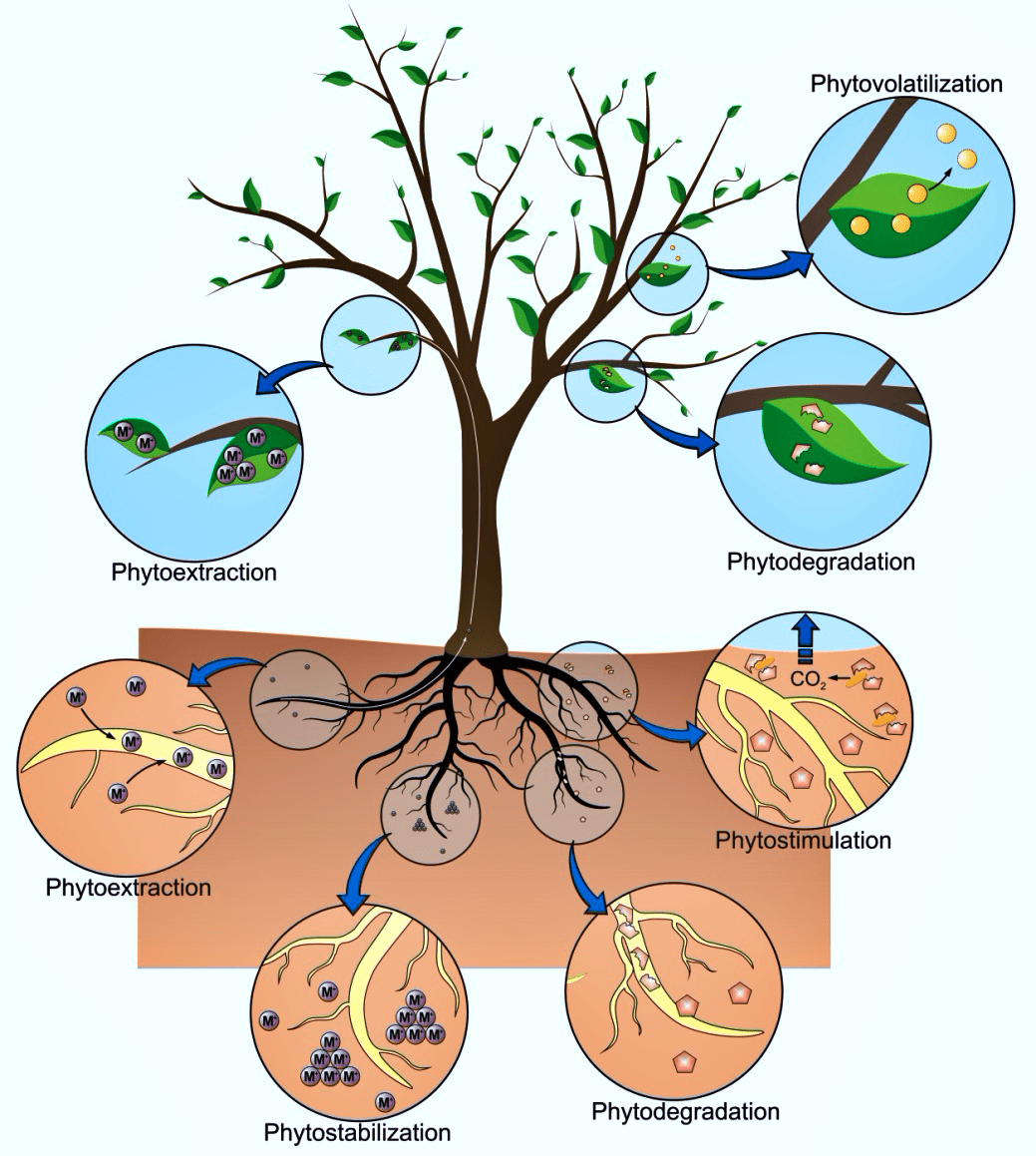 Hemp is a particularly good plant to use for phytoremediation for a number of reasons:

First, because it is such a fast-growing crop, hemp can absorb more contaminants and toxins in a shorter time compared to other crops. Hence, the soil becomes contaminant-free faster.

Second, hemp produces powerful taproots. Because they can reach a depth of six feet, hemp plants in a crop rotation can access more of the contaminants and toxins in the soil. Comparatively, other crops may only be able to decontaminate the top few inches of topsoil.

Third, hemp is not affected by the heavy metals and toxins that it absorbs. Contrary to what many expect, hemp plants thrive on contaminated soil! Its resilience means that it can be grown in soil that other crops might not be able to survive.

In fact, Phytotech and the Ukrainian Academy of Agricultural Sciences in Glukhov have been using hemp to clean the soil around the Chernobyl site for many years. Hemp removed radioactive strontium and cesium from the soil more thoroughly than most other plant types, second only to sunflowers.

But that’s not even the best part! According to recent research published in the journal, PLoS One, hemp grown in soil with elevated heavy metals may produce elevated CBD levels, as well — without increasing THC levels! Not only that but hemp flowers do not seem to retain the heavy metals pulled from the soil. Leaves and stems test did positive for heavy metal contaminants. However, the floral buds of these same hemp plants showed no sign of heavy metal contamination.

The hemp growing cycle is quick and generally results in a profitable yield at harvest time, but the benefits of growing hemp go further than that. Using hemp as part of a crop rotation strategy can bring a number of additional benefits. It can keep the land fertile and help tame pests and disease. Its taproots aerate the soil and increase biomass while also bringing nutrients to the surface.

Additionally, hemp can be used for phytoremediation, to rid the soil of heavy metals and other contaminants. Research is still young regarding the transfer of heavy metals to hemp flower. However, what we’re learning so far about the benefits of hemp crop rotation is promising!

Do you think CBD hemp would make a good rotation crop? We’d love to hear your thoughts.